Founded in 2019
Arctic Hive is located in Brooks Range 63 miles above the arctic circle outside of the tiny village of Wiseman. From the village, the property is hike-in access only.

The entire experience at Arctic Hive is geared at helping you disconnect from life "out there," ground you into the natural environment, and help you learn and understand more about these precious ecosystems that are so far away, and yet incredibly important to the survival of the human species.

We understand you might hear about the arctic in the media, especially being a political hot topic! Words like permafrost, oil, public lands, and climate change get tossed around a lot — but they're just that. Words. Until, that is, you can see something tangible and in-person to grasp the reality and fragility of these vast landscapes that we call home.

We hope to bridge this disconnect so that you not only experience the trip of a lifetime, but return to your community invigorated, more centered, and as an eyewitness advocate for these remote, critical places. 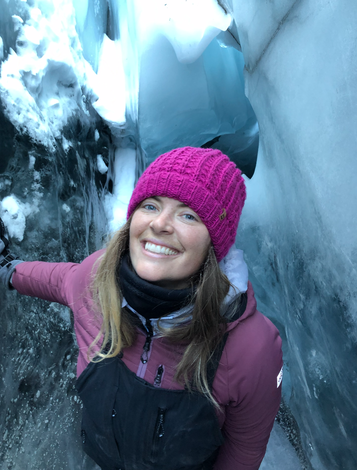 Mollie Busby is a driven entrepreneur with the spirit of a summer camp counselor and a kind, midwestern smile. Mollie is a seasoned yoga and meditation teacher and off-grid home builder with her husband, Sean.

The Busbys choose to live close to the land off-the-grid and pursue their life’s work. The pair started the non-profit, Riding On Insulin, which Mollie ran as Executive Director for 7 years, until Sean took over in 2017. It was then that Mollie shifted much of her focus to Yoga Hive, and now, to Yoga Hive Studios, a collective of yoga Studios located in Montana, Wisconsin, Colorado, and Alaska. Yoga Hive is known for its inviting vibe, friendly instructors, and willingness to show anyone that yoga is for everybody and every body.

Regardless of the method, Mollie sees her purpose on this planet as cultivating community in small groups — whether in a yoga retreat setting or during the 200-Hour Yoga Teacher Trainings she runs in Montana, Wisconsin, Colorado, Alaska, and beyond. She enjoys spending time outdoors skiing and dogsledding in the winter, hiking in the summer, and playing with all their sled dogs all year round

Hailing originally from Wisconsin, Mollie brings her warm, midwestern hospitality mixed with a wide range of yoga training. Her teaching draws inspiration from the Baptiste Yoga community, Unnata Aerial Yoga, and a mix of Tantric Kriya and mantra-based meditation from Sattva Yoga Academy at the foothills of the Himalayas in India. This unique mix gives her classes a magical feel, with a love for teaching the basics to anyone willing to learn, layered with a profound gift of teaching for transformation. 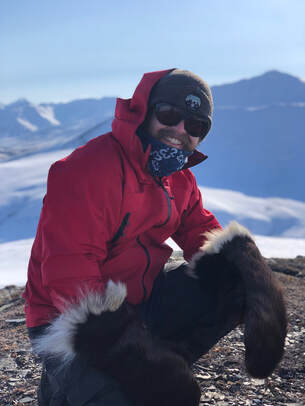 Sean Busby is a professional backcountry snowboarder and alternative off grid home builder living off the grid in the wilds of Alaska. Sean has backcountry snowboarded on all seven continents, including some of the most remote and isolated mountain ranges on the planet which is what brought him to the Brooks Range and the eventual co-founding of Arctic Hive. He also specializes in logistics of remote off grid adventures in polar regions.

Sean has been featured internationally in major print and tv shows such as HGTV, DIY, Disney, ESPN, Daily Mail, Yahoo, Frequency Snowboard Journal, and Discovery Channel for his snowboarding expeditions and with his wife, Mollie, for their sustainable off grid building and living methods.
​
Sean is also the founder and executive director of an international nonprofit, Riding On Insulin, which hosts action sports camps for kids and teens living with type 1 diabetes around the globe.

Sean is the proud owner of a growing dog mushing team of 6 dogs and spends most of his spare time trying to figure out how to convince Mollie to allow him to add more!

Find us here, in Wiseman, Alaska: